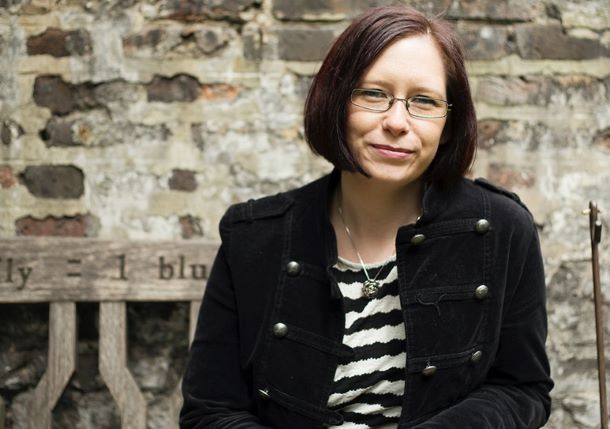 17th November 2021: The rights to Dog Rose Dirt, the gripping novel from award-winning writer Jen Williams, have been snapped up by Gaumont UK. The UK arm of leading global production company Gaumont has secured the rights to the crime thriller to be developed into a drama series.

Dog Rose Dirt, whichwas first published earlier this year to rave reviews, is a complex and dark psychological thriller told through the eyes of a young woman whose dead mother’s secret past comes to light through a series of letters to a serial killer.

With a background in fantasy novels, Williams’ first crime novel puts an interesting and original spin on a traditional thriller. The development will be led by executive producer Alison Jackson (Tin Star, Ashes to Ashes, Hunted), who heads Gaumont’s growing UK subsidiary, based in London.

Described by The Times as a “masterclass in suspense”, Dog Rose Dirt follows ex-journalist Heather Evans as her mother’s inexplicable suicide leaves her with questions left unanswered – Why was she writing to a serial killer for over thirty years? And why did she take her own life just as similar murders to those he committed start to happen again? The only person alive who might have those answers is prisoner Michael Reave, the serial killer known as The Red Wolf. If Heather is to have any hope of finding the truth and stopping further bloodshed, she’ll have to confront a monster to unearth the truth.

Dog Rose Dirt author, Jen Williams said: “I am absolutely thrilled that Gaumont have picked up Dog Rose Dirt as a potential TV series. It’s always wonderful for a writer to talk to people who have enjoyed their book, but what an absolute treat it was to talk to the team at Gaumont and hear all their incredible ideas for an adaptation – and one that is so focussed on conveying the creepy atmosphere of the book and centring a strong, complicated female protagonist. As a big fan of crime thriller TV I am over the moon.”

The enthralling character driven story with an intensely twisted narrative and fronted by a strong female lead attracted Gaumont UK to Dog Rose Dirt, aligning with their burgeoning slate of titles that encompass stories with grit, complex female protagonists and with a uniquely British twist.

Gaumont UK CEO and executive producer Alison Jackson said: “The captivating and chilling narrative of Jen Williams’ Dog Rose Dirt will no doubt attract audiences in the UK and worldwide, and with incredibly intriguing characters, we’re really looking forward to bringing the novel to life on screen. Fresh perspectives are key to Gaumont UK’s mission, and we’re always looking to discover unique talent to work with creatively.”

The deal to bring Dog Rose Dirt to the screen was negotiated by Emily Hayward Whitlock at The Artists Partnership in association with Juliet Mushens at Mushens Entertainment .  The series adaptation will be produced by Gaumont UK and executive produced by Alison Jackson. The optioning deal further expands Gaumont UK’s diverse slate of original content, which also recently acquired the rights to Sixteen Horses by Greg Buchanan and Swamp Motel’s Isklander trilogy.

Dog Rose Dirt was first published by HarperCollins in the UK (July 2021) and Crooked Lane in the US (June 2021) and has since been sold in a further four territories including Brazil, Germany, Spain, and Poland. The novel marks Jen Williams’ expansion into horror-tinged crime thrillers, after her previous credits saw her nominated for Best Newcomer in the British Fantasy Awards in 2015, with her second fantasy series, the Winnowing Flame Trilogy, including two winning novels for Best Fantasy Novel in their respective years; The Ninth Rain (2018) and The Bitter Twins (2019).

Formed in France in 1895, Gaumont is the first film company in the world, celebrating 125 years of history and innovation. With offices in Paris, Los Angeles, London, Köln and Berlin, Gaumont remains an industry leader, producing and distributing high-quality TV programming and films.

In production for Netflix, Narcos, 6th season, F is for Family 5th season, High in the Clouds, the animated feature developed together with Paul McCartney, Samurai Rabbit: The Usagi Chronicles based on the comic books by Stan Sakai, The Barbarians, the period epic drama set in Germany, 2nd season and Lupin, starring Omar Sy in France.

In the UK, Tin Star, airing its 3rd season for Sky and Amazon Prime, and globally Trial 4 for Netflix, is a new docu-series by Jean Xavier de Lestrade (The Staircase).

For Amazon Prime Video US, Do Re & Mi with Kristen Bell, El Presidente co-created by Armando Bo and Pablo Larraín in Latin America and the action thriller Totems in France.

For Disney, Kaiser Karl based on the book by Raphaele Bacque on Karl Lagerfeld.

Apple TV+, based on the Zen Shorts book series of Jon. J. Muth and winner of the prestigious Peabody award and a Daytime Emmy® award, Stillwater.

Gaumont co-produces and distributes around ten films a year in theaters. The film library encompasses over 1400 titles from prestigious directors such as Louis Malle, Jean-Luc Godard, and more recently, Toledano and Nakache for The Intouchables, the highest-grossing French-language movie to date with over $450 million in revenue to date. 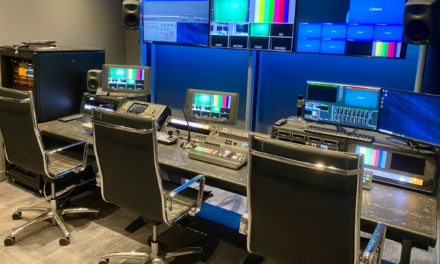 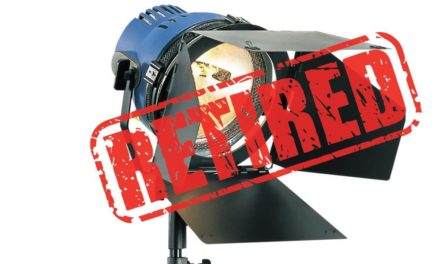 VMI turns down the heat, on Tungsten Lighting! 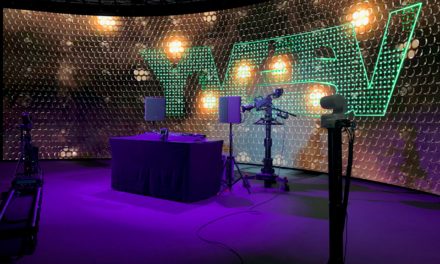